Nugen, a UK nuclear joint venture between Toshiba and ENGIE, are currently working on plans to build Europe's largest new nuclear power station in West Cumbria. While most attention has been focused on the development of  EDF's Hinkley Point project, the new power plant in Cumbria will have a significant impact for the UK and make a positive difference for current and future generations to come.

When the power station is built, it will be called Moorside generating up to 3.8 Gigawatts of low carbon electricity. That's enough to power 6 million homes and equivalent to 7% of the UK's electricity requirements.

They plan to build three Westinghouse designed AP1000 nuclear power plants and expect the first to come online in the mid 2020s. The AP1000 is based on tried and tested technology. It's a next generation power plant and is already being built in China and the United States.

When it's built in the UK they will be the 17th 18th and 19th in the series. Moorside power station will operate for around 60 years and is expect to create up to 21,000 jobs over the lifetime of the project.  Peak on-site employment  is expected to be more than 6,500 and during operation the reactors will sustain more than 1,000 permanent jobs, with significantly more created through local and regional supply chains.

NuGen has launched a short film entitled ‘This is NuGen’ to help explain the exciting project to build a new nuclear power station in West Cumbria. 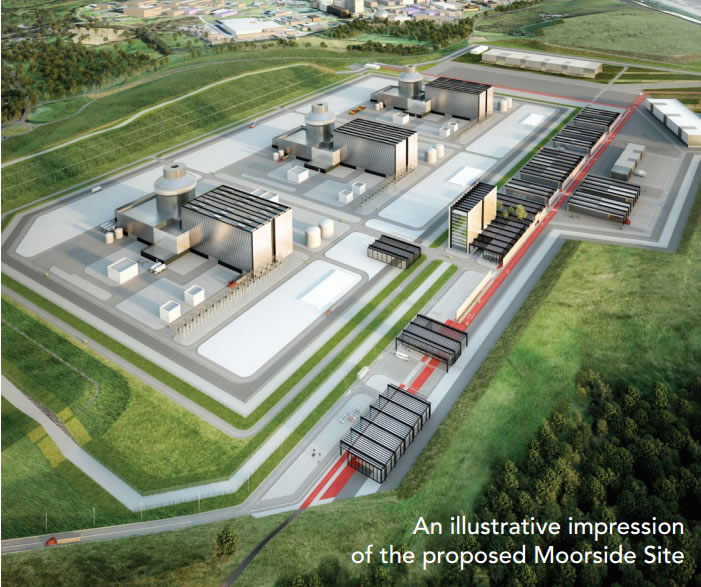